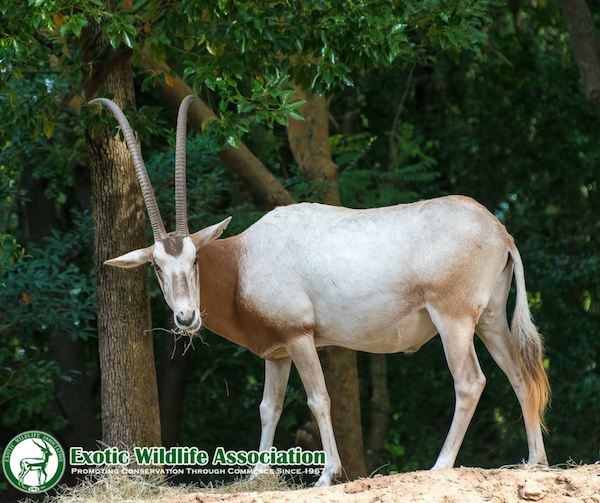 The Exotic Wildlife Association has just won a huge victory over Friends of Animals, an animal rights group, involving three species that are privately owned.

The Addax, Scimitar Horned Oryx, and Dama Gazelle were placed back under the restrictions of the endangered species act on January 1, 2012, after a federal judge had ruled on 16 lawsuits filed against USFW services by FOA.

The current legislation, just signed into law by President Obama, allowed the three species to be returned to their exempt status by USFW. This victory is from a sustained effort by the EWA that began in 2005. This accomplishment would not have been possible if it weren’t for the membership of EWA. The funding by the members played an important role in EWA’s fight. However, the conservation efforts, by EWA, were critical in obtaining the final result.

Conservation can be used in many ways. Some feel conservation is only achieved through the U.S. Government. This is far from the truth. Many associations are successful today because of their conservation efforts. Some of these include the Exotic Wildlife Association, Ducks Unlimited, Quail Forever, and Pheasants Forever. These entities are successful because they put conservation in the fore-front as their main agenda.

Other groups would do well to make conservation the first step in their future endeavors.