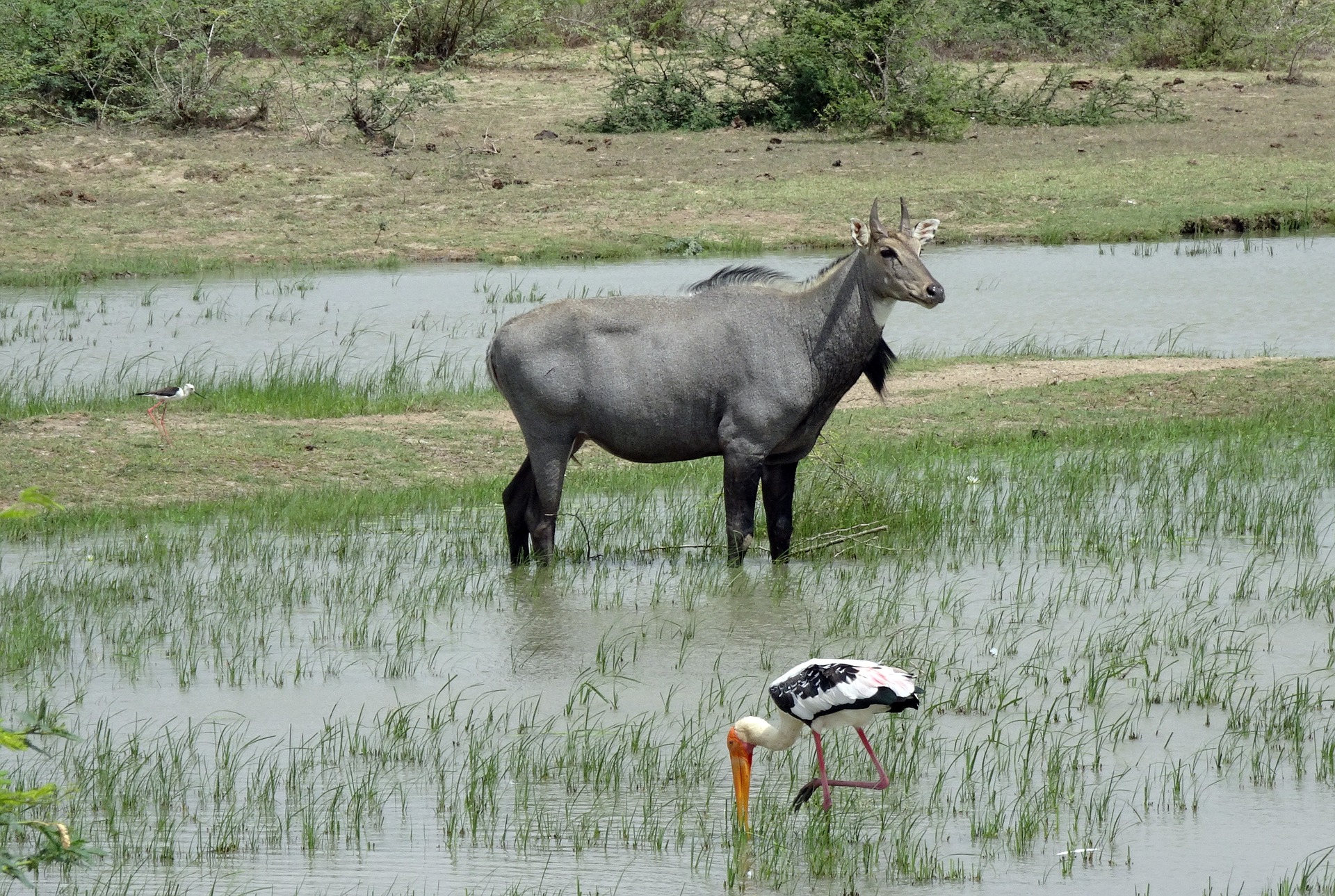 The nilgai or blue bull is the largest Asian antelope. Please note, they are not the largest antelope in the world; the eland reserves that title. While the females are more of a tawny color, the males have a bluish-grey coloring, hence the nickname. Their short horns lack the ring structure of many other antelope. Muscular shoulders and a thick neck make for a very stocky looking antelope. They are the second most numerous exotic in Texas, right after the axis.

Here are three things you may not know about the nilgai:

The nilgai is diurnal which means they are most active during the day. Humans, birds, dogs, etc. are diurnal. White-tail are primarily nocturnal (such as bats, skunks, possum) or crepuscular (active during twilight or during dusk and dawn). And animals active at sporadic times during both day and night are cathemeral. Cathemeral animals include coyotes, cats and frogs.

Males do not become sexually mature until they are closer to four, but females mature at two. To give you an idea of where this stands with other animals, female fallow deer reach sexual maturity at 16 months and can bear their first fawns by 2 years of age. Bucks mature sexually at 14 months. For blackbuck females, they reach sexual maturity by 8 months of age, but usually do not breed until nearly 2 years of age, but males mature later than females, and are able to breed at 18 month of age. Whether human or nilgai, those males don’t mature until after the females!

What are a few other fun facts about the nilgai?