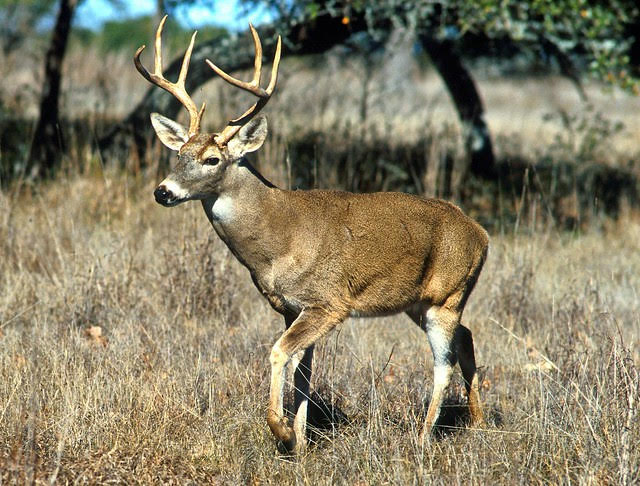 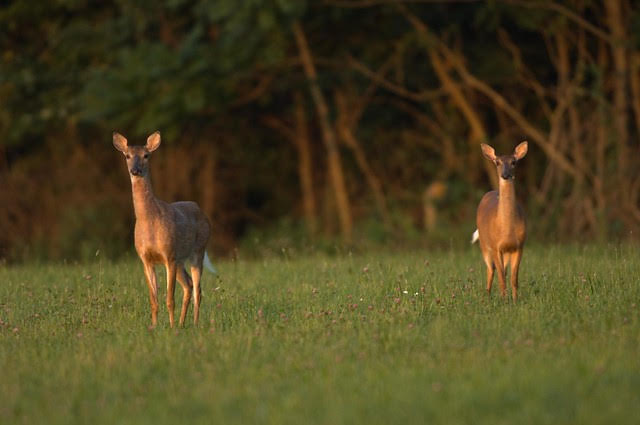 Chronic Wasting Disease {CWD} can spread among animals in a single herd. The ability to detect an animal’s susceptibility to the disease is of great value to the cervid industry. Photo by USDA APHIS

As cases of chronic wasting disease (CWD) continue to rise, USDA’s Animal and Plant Health Inspection Service (APHIS) is looking to genetics for new and innovative ways to reduce the prevalence of this brain-wasting disease in farmed and wild deer and elk populations. Working in collaboration with Texas A&M University and Texas Parks and Wildlife, APHIS has identified a handful of promising regions in the white-tailed deer genome allowing the researchers to distinguish animals highly susceptible to CWD with greater than 80 percent accuracy.

While the research is still in an early stage, it’s the first of its kind. The hope is that continued analysis will enable us to effectively categorize animals as being minimally susceptible, moderately susceptible or highly susceptible to CWD. This will help herd owners make management decisions that may eventually help to breed the disease out of existence or at least significantly reduce its presence.

CWD is an infectious, neurodegenerative disease of cervids (elk, deer, and moose, etc.) that causes brain cells to die. It’s been coined the “zombie deer disease” by the media because the brains of affected animals slowly degenerate over time, resulting in an increasing lack of coordination, listlessness, drooling, and other symptoms before they ultimately die. Unfortunately, animals with CWD can also transmit the disease to other animals leading to the infection of multiple animals within a single herd. Worse still, the infectious agent can live in the soil for years potentially infecting replacement herds.

This ground-breaking research is currently on a three-phase trajectory.

In March 2020, Texas A&M published a paper discussing the Phase 1 research and findings. Tracy A. Nichols, a cervid health molecular biologist with APHIS’ Veterinary Services program, is a study author.

The study’s lead geneticist, Dr. Christopher Seabury, was able to identify highly susceptible animals with a greater than 80 percent accuracy rate by analyzing DNA samples from 807 farmed white-tailed deer taken from across the United States between 2014 and 2018. Of these samples, 284 were from CWD-positive animals and the remaining samples were from animals with no detectable CWD. Half of the samples came from herds APHIS depopulated with federal indemnity funds to stop the spread of CWD. The other half of the samples were provided by Texas Parks and Wildlife.

To determine the susceptibility of each animal, a total of 123,987 regions of the white-tailed deer genome were analyzed using computer modeling and machine learning to identify regions unique to animals known to be CWD positive. The computer then scanned the genomic data for all 807 samples in the study and gave a score related to the degree in which they were similar to the CWD-positive animals. This allowed the geneticist to classify the animals into one of three categories: highly, moderately, and minimally susceptible based on their predicted CWD susceptibility.

Based on the success of Phase 1, the study is now in Phase II, which focuses on blinded validation testing. Unlike Phase I, the Texas A&M geneticist does not know whether the 480- DNA samples they are analyzing are CWD positive. The goal is to further confirm that the method developed in Phase I is able to achieve the same or better results by comparing regions of the genome and making determinations about the CWD susceptibility of each animal. Using computer modeling and machine learning, the computer will once again assign each sample a score that falls into one of three categories: highly, moderately, and minimally susceptible.

Phase II is targeted for completion by fiscal year 2021. If the geneticist is able to match or exceed the success rate in Phase I, we could be holding the keys to a promising new tool unlike anything we’ve had before to fight CWD.

Phase III would start to apply the study in a real-world setting and is dependent on the success of Phase II. In Phase III, APHIS would look to:

We have taken a major step forward by completing Phase I, but we have not yet solved the problem. The continuation of this important work was one of several research priorities supported by stakeholders at the May 2020 CWD Summit hosted by APHIS and the Department of Interior.

APHIS looks forward to sharing its Phase II results and remains optimistic this important research could eventually give producers vital genetic information to protect their herds against CWD infection and spread.

White tailed deer are one of a number of cervid species susceptible to chronic wasting disease (CWD).