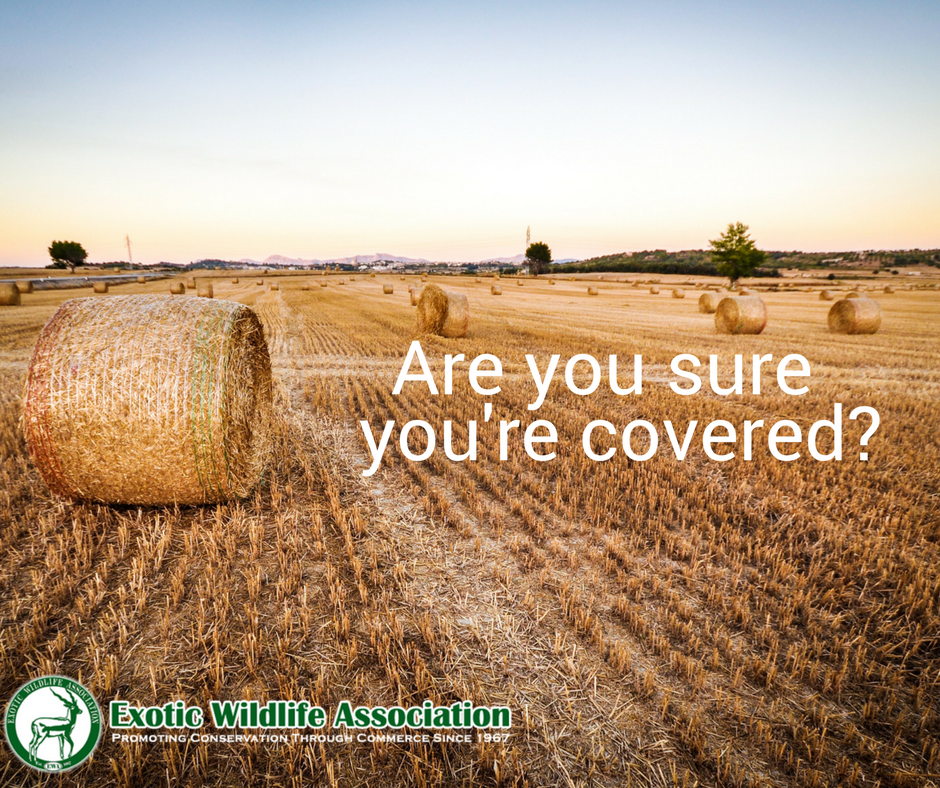 For forty years my mom and dad had one company that handled all their insurance needs, not only on the ranch but their vehicles as well.  As my sisters and I started driving we simply were attached to our family policy and after leaving home took out our own policies with the same company and agent that had taken care of our family throughout the years. Our ranch’s homeowner’s and ranch liability policy was used four or five times in the 40 years for one thing or another.  Mainly damage to visitor’s vehicles from domestic livestock, hail storms, wind and rain damage, and because of our proximity to the Medina River, flood damage to fencing from time to time.  State Farm insurance, in my opinion, was THE company to handle all life’s little mishaps.

After taking over the family ranch in the early 80’s and having witnessed how State Farm handled our family’s insurance needs plus my car insurance needs throughout my youth, I naturally had confidence, not only in my agent, but in State Farm Insurance Company as well.  I knew they would always be there if I needed them.

Fast forward 37 years to present day and I began to discover that things are not always as they appear.  I made the decision 20 years ago to move my ranch from traditional livestock to raising strictly whitetail and non-traditional livestock (exotics).  Like so many of those in this industry, I first invested in an eight-foot fence around the perimeter of the ranch.  As time passed I invested in eight-foot fencing within the interior of the ranch creating pastures, holding pens and finally a handling facility to work not only my exotics, but my whitetail as well.

As my investment in the ranch increased I realized that I had more liability exposure and needed a revaluation of my insurance portfolio. State Farm was more than happy to increase my liability limits and naturally my premiums.  It wasn’t until I received a call from a good friend that had not only a breeding operation, but a commercial hunting operation as well, that his insurance company, State Farm, had just canceled his ranch’s liability policy.  The reason they gave him was the fact that he had an eight-foot fence, non-traditional livestock and a hunting facility.

I thought this was ludicrous and really felt there was more to the issue than what my friend had told me.  Ironically that same week I received another call from a friend in Kansas who raises elk that had also had his liability policy terminated because of his fencing and his elk breeding operation.

I called my State Farm agent to see if these were isolated incidences or was this a new policy that State Farm was now enforcing.  To my surprise and chagrin my agent informed me that State Farm was no longer insuring these types of agriculture operations.  If I was raising traditional livestock behind an eight-foot fence then I would be covered by State Farm Insurance; discriminatory to say the least.  I asked what I was supposed to do and was told by my agent of 40 plus years to not say a word and basically let a “sleeping dog lie”.

After looking farther into the matter and contacting a representative at Nationwide Insurance I discovered there was really nothing that our industry could do but locate a company that did not discriminate against the hunting and non-traditional livestock industry.

This past March the Texas Hill Country was hit with severe storms with damaging wind and hail.  I, unfortunately, lost the roof on my barn and house plus fencing damage as well as damage to my portable carports that I use as shelters in my breeding pens.  A State Farm adjuster came to the ranch to assess the damage and after completing his estimate of the structural damage began to ask questions about my eight-foot fencing, the whitetails that he saw in the breeding facility, as well as my Gemsbok and Scimitar Horn Oryx.  I explained the operation to him and after he left I felt uneasy about the look on his face when he saw the fencing and animals.  I received a settlement for my house, barn and shelters and a letter stating that State Farm was terminating my farm and ranch liability policy as well as my homeowner’s policy because of my non-traditional operation.  In the letter it stated that State Farm, because of their policy, could not afford the risk and exposure that my operation created for the company.  Needless to say, I also canceled my automobile policy as well. If they did not want my home and ranch then they were not getting anything from me.

I am now with Texas Farm Bureau for all my insurance needs. Even though Farm Bureau is a great company they will not issue a liability policy if you have a commercial hunting operation.  One by one we are hearing that more and more companies are establishing or have established these discriminatory policies surrounding our industry.

This is leaving many of our members and others in this industry either uninsured or having to find a company with premiums so high the policy is unaffordable.  The other agriculture industries are certainly not being treated the same when it comes to farm and ranch insurance.

It is merely a suggestion that if you are not sure whether your current company will cover you then call your agent and ask the question.  If you happen to be one of the landowners that has great insurance then consider yourself fortunate.  However, don’t be told to let a “sleeping dog lie”.  Through our research we are finding that there are good companies that will insure your operation and at competitive prices.  We are working with some companies that will not only write you a great farm and ranch policy for all your needs but also will insure individual animals and events on your property.

Again, we don’t endorse any commercial insurance company but are willing to provide you the names of those companies we have found that may be able to assist you with all your insurance needs. Also if anyone has a company that will provide turn key insurance policies please let us know so that these company names can be shared with those in our industry that need assistance.