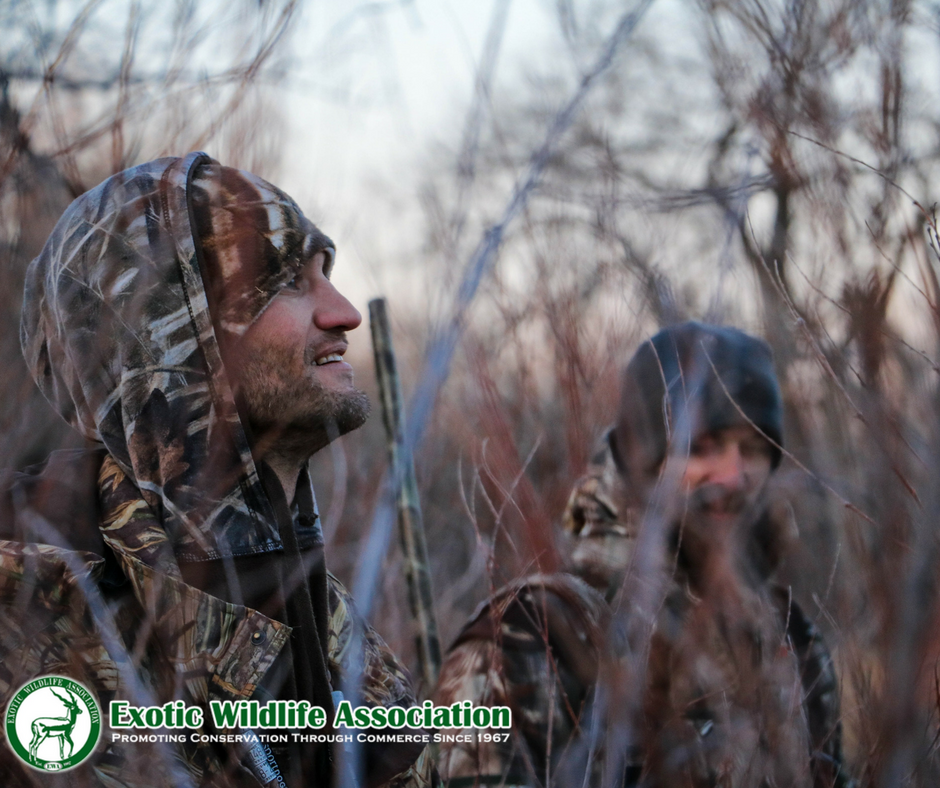 The age old question, that is always asked by those who oppose the hunting of any wildlife, is how can the hunting and ultimately the killing of an animal be considered conservation; more importantly, how is the person that takes an animal’s life considered a conservationist?

We have become a society that wants things immediately and with a minimum of effort. With a large portion of the population living in an urban environment we no longer have to hunt to feed ourselves or our families. We can simply stop by the grocery store on the way home from work and buy all the food we need to sustain our life. Everything we need for the sustainability of life is literally at our fingertips. The meat is neatly wrapped and ready to go into the oven and if this is too much effort we can purchase precooked food. Our vegetables are lying on a shelf ready to be consumed. The staples that make our life more enjoyable can be obtained in a matter of minutes. There is no manual labor involved. Someone else grew the cow, pig, chicken, turkey, or lamb. Someone else turned the soil, planted the seed and grew the vegetables, harvested them, cleaned them and made them ready to eat.  We don’t even have to get our hands dirty to feed our families.

Then why do people have to hunt and kill animals? Is it an exercise in machoism, does it give us some demented thrill or is it all part of God’s plan to perpetuate the lives of the animals we hunt? Man, since the beginning of time, has been the ultimate predator. The desire to hunt has been part of our heritage for millions of years and continues to be passed from one generation to another. It is true that we no longer have to depend on hunting to feed our families but the desire to hunt is as natural as breathing.

In the last 150 years man realized that if the wild creatures were not managed properly they would become extinct and there would be nothing left for future generations. The American Bison is prime example of what can happen when forces of nature and the forces of manipulation are thrown out of balance. Bison were on the verge of extinction because of the efforts of man attempting to destroy the American Indian. Take away the food source that was so important to the lives of the Native Americans then they could be controlled. In doing so, with uncontrolled hunting, a true American icon was nearly lost.

At the turn of the 20th century the Lacey Act was enacted which gave Federal protection to wildlife.  Many states began enacting their own laws to protect wildlife through regulated hunting seasons and bag limits. Whether it was Federal or State game laws the one thing they all had in common was it gave all wildlife a value. The State and Federal governments learned that wildlife was a valuable commodity and by establishing seasons, bag limits, and regulated hunts not only did the local, State and Federal governments benefit but the ultimate winner was the wildlife; populations of animals, many who were on the brink of extinction, literally exploded.

Those who were considered the founders of modern day game management quickly learned that hunting was a valuable management tool. To manage wildlife populations through controlled hunting seasons not only was good for a well- balanced and healthy herd through the removal of older males and females but also brought in the needed revenue to pay for continued wildlife management.

This is a very simple rule that many of the animal rights groups have yet to figure out. Take the value away from wildlife and the ultimate loser is wildlife. Give it value and it will flourish for generations to come. Many of the non-indigenous animals considered endangered or threatened in their native lands flourish in the United States because of the value they have to the land owner through hunting. Restrict the commercial use of these animals and they will soon disappear.

Man will always have a desire to hunt. This is an instinct passed on from the time the first human killed the first animal for food.  Modern day hunting is as natural today as it was when the cave man threw the first spear. Today, without the revenue derived through hunting and it’s use in the management of the populations, wildlife would eventually disappear from the landscape.