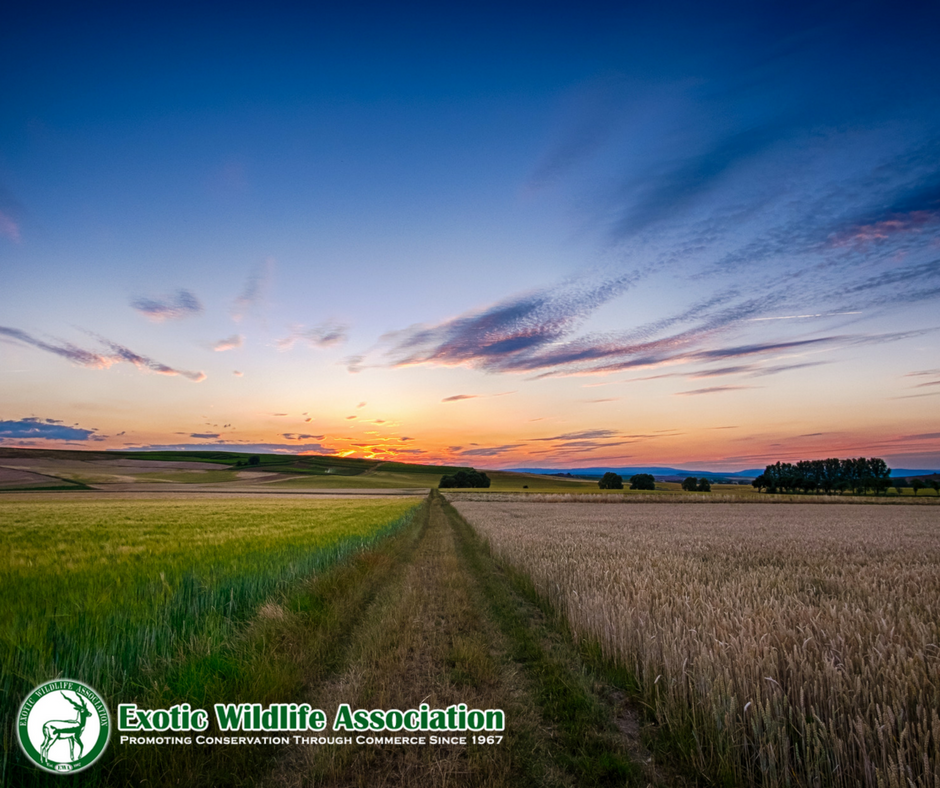 FOOD PLOTS – Are They Really Worth It?

Years ago as a small boy growing up hunting the Hill Country of Texas, seeing a whitetail deer was something everyone talked about for days.  This was before the Screwworm Eradication Program, which was a federally funded project that is still one of the biggest animal health success stories ever attempted.  The population of deer in Texas literally exploded after the release of millions of sterile screwworm flies.

These were simpler days and much simpler times.  Schools closed, in this part of Texas, on opening day of deer season because most of the students would call in sick anyway.  We did not know and further more did not care about the Boone and Crockett score of the deer we shot.  The deer was harvested because we loved the taste of venison and because it was a beautiful buck.

In those days wildlife biologists were the only ones using phrases such as 16%-18% crude protein content and pounds per acre of roughage.  Words such as Phosphorus, Calcium, Magnesium, Zinc, and Copper were something we discussed in chemistry class.  Rumensen, Safeguard, and Ivermectin were brand names of drugs only used by the veterinarian community.

Yes, times were much simpler but I am not really sure they were better.  The game industry has become big business.  Today most ranches have reversed the roll that traditional livestock plays.  If found on ranches at all, sheep, goats, and cattle have taken a back stage to the part wild game plays.

You may be asking yourself what has all of this to do with food plots for wildlife?  The answer is very simple.

No longer are we simply feeding our wildlife what is available at the local feed store.  The days of throwing corn on the ground during deer season and planting crops to supplement traditional livestock is over.  Such things as the gross Boone and Crockett score, nutrition, age, and genetics have not only become important to the rancher, but are equally important to the every day hunter.  Wildlife no longer takes a back seat to traditional livestock but in many instances has become the primary income producer for ranchers.

Ranch owners and managers are looking for anyway they can to produce the highest quality animal and they are spending a tremendous amount of money to do it.  Hundreds of thousands of dollars are spent by ranchers insuring they have the best genetics possible.  They do everything they can to make sure the animal reaches maturity to achieve his maximum potential.  The very last ingredient to any successful operation is nutrition.  Although expensive, this last piece of the puzzle is the cheapest part of the equation in the big scheme of things.

My next statement will in all likelihood draw some criticism from certain wildlife biologists, but I believe supplemental feeding is a large part of any successful wildlife operation.  One of my good friends, who is a biologist, argues that if all things are equal and you have the proper animal units to fit the carrying capacity of the land then supplemental feeding is not necessary.  This may be true in some instances but in this part of the country all things are not equal.  We have good years but are usually followed by a series of bad years.

There are many good supplemental feeds being produced by a variety of feed companies. This issue of which feed company produces the best feed could cause as much debate as discussing which company makes the best rifle, Remington or Winchester.

One of the least discussed topics but one that I feel is as important as supplemental feed is producing good quality food plots.  Establishing these plots can be as simple as clearing out ½ to 1-acre areas, tilling the soil and scattering certain seeds to the more sophisticated farming of hundreds of acres that are tilled, fertilized, and irrigated.  The point being is it matters not how simple or elaborate you get with your plots.  Making sure you are getting the best bang for your bucks by doing it correctly is important.

The majority of food plots are dry land plots.  This simply means that you do not have the use of irrigation.  You are at the mercy of Mother Nature.  The size, shape, and crop types are very important in this setting.  Trying to grow plants in south Texas that are only found in the northern states is a recipe for disappointment and failure.  Likewise attempting to grow plants that are drought resistant and require very little water in the states that receive large amounts of rainfall is also setting your plot up for failure.

The important thing to remember is to decide what you want from your plot and then design and plant the type seeds suited to that area and climate.  If attracting deer to your plot during the deer season is your goal then obviously you do not want to go to the expense of planting expensive annual high protein crops or expensive perennial crops.  You want a plant that is going to taste good to the majority of the animals using the plot.  On the other hand if you have established your food plots as supplemental nutrition for your wildlife then you might want to go the extra expense of choosing from an array of exotic legumes and brassicas that are more suited to the arid climate of the southern part of the United States.

I believe the design of your plot is as important as choosing the right seed.  Long narrow plots tend to not do as well as a rectangular design.  The long narrow plot does not hold moisture as well as the rectangular plot, is more susceptible to weeds, and does not afford the animals that comfort zone they need when using the plot.  The rectangular plot, which is free from weeds, underbrush, and is away from large trees, is one of the best-designed food plots you can have.  1-5 acre plots do very well with wildlife.  These smaller plots, established next to heavy cover, give animals that comfort zone they need.  I personally believe that a series of small plots established over strategic parts of your property are much more beneficial than one large plot in the middle of your property.

What is important to remember that in order to get the maximum benefit from your food plot, it must be kept free from any foreign plants that will rob your plants of the moisture they so desperately need.

One of the most popular legumes is a plant called lablab.  This is a very good annual plant that is extremely drought resistant.  One reason for its resilience is its large seed.  This seed can germinate from a depth of four inches compared to ½ to ¾ inch for other plants.  At a depth of 4 inches moisture may be retained for weeks following a spring or summer rain.  This is important when you are establishing food plots in very arid areas.  Lablab seeds, because they can push their way through a very hard soil crust, emerge before weed seeds can germinate.  When the foreign plants begin to grow they are way behind the lablab seed, which will usually smother out the weeds.

Some of the perennial plants that I have had success with in south and central Texas are the Maximilian Sunflower, Lucaena, and Siratro.  These perennials are very drought resistant and will do well in areas with 18 inches of rain or less and have crude protein content greater than 20%.  I have had good success with lablab with less than 6 inches of rain during the spring and summer.  The key however is to receive it at the right time, which is when the seeds are germinating and the plant is attempting to establish itself.  The cost of these seeds, however, is very expensive.  Plants are also established easier and quicker with some type of restrictive fencing in areas of high animal populations.

I truly believe there is a place for both perennial and annual food plots.  I do lean more to the annual plots so I can rotate warm and cold weather plants.  For the spring and summer months I combine several seeds and have had good success with these plants.  I have planted a combination of Maximilian Sunflower, buckbeans, black-eyed peas, lablab, and brown-tipped millet.  Once established the deer leave the sunflowers alone and concentrate on the peas, lablab and buckbeans.  The doves absolutely swarm the fields by the end of the summer picking up the sunflower and millet seeds.

During the fall I plant a variety of seed types, which mature at different times. I have found that oats, wheat, barley, rye, and turnips do very well in both south and central Texas.  They are high in carbohydrates and protein and are very palatable to all species of deer.  Again I am able to control my grazing with restrictive fencing, which allows for maximum tonnage of roughage produced throughout the winter months.

I cannot stress enough seeking the advice of a commercial seed company on the types of seeds available and their success in your particular area.  There are several of these companies who are more than willing to discuss your particular needs.  One of the most important things to remember in achieving a successful food plot is preparation. It is important to have your soil well prepared but it is just as important to have your soil tested.  You can do this rather inexpensively and it will save you money and work in the long run.  Once you obtain your soil test results, consult with your local feed or fertilizer company to obtain the correct fertilizer ratio for your soil.  This could mean the difference between the success and failure of your food plot.

Over the past five years, after establishing good food plots, the average weight of my animals increased 15%-25%.  Antler size has also increased in some of the animals by 30%-40%.  Are food plots and supplemental feeding worth the expense and trouble? You bet!