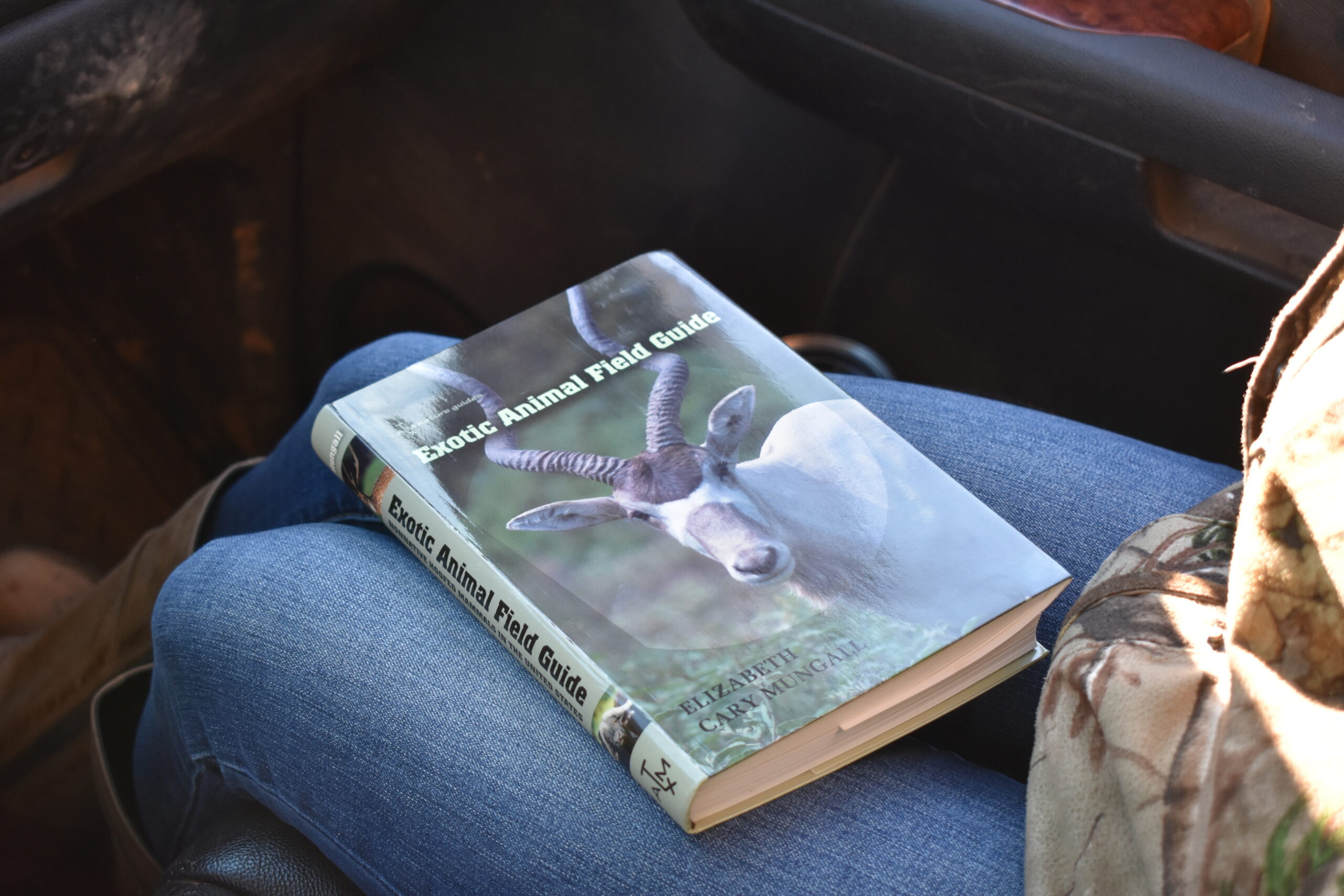 As I read the introduction, I became even more fascinated by the exotic species in our wonderful country. There is an estimated 230,000+ foreign hoofed mammals and 100+ different species in the US, mostly abundant in Texas, Florida, New Mexico, California, Hawaii and other states ranches, wildlife preserves and safaris.

How did these species get here? Where can you go to view them? What are some guidelines for responsible ownership?

As I’ve become more interested and passionate about the exotic species in Texas specifically, I’ve noticed the lack of information available. I can spend hours on Google to only find extremely limited information on even the most common exotics, and virtually nothing on the rarer species.

This field guide not only helps benefit our rare and threatened species, but helps people learn about the conservation of them- one of the EWA’s main missions.

By promoting and expanding the conservation of hoofed exotic species through public education, advocacy and research, the EWA has developed a code of ethics and created the Second Ark Foundation. Their mission is to educate children, teachers and the general public about the stocking, breeding and conservation of hoofed wildlife and alternative livestock in the United States, including the benefits of animal husbandry, species propagation and preservation. SAF also seeks to educate children; teachers and the general public as to the positive role of hunting, and the conservation of wildlife and its habitat, including within high fences.

As the book states, “the tremendous success of wildlife ranchers in the field of conservation propagation is one of the best-kept secrets in wildlife conservation today.”

Be proud to know that these species being raised by EWA members are increasing and moving off the endangered species list. Tell the EWA’s story of success and contribution. Appreciate their efforts.

And, if you want to learn more or continue your education of exotic animals, this book is a great place to start!